8 days with a kitten

It’s been eight days since we picked up little Rasmus at the Lost Dog & Cat Rescue Foundation event. I had seen him while shopping for some cat food a few days before and I knew I was in trouble when I instantly named him.

Rasmus is a common Swedish name thanks to Astrid Lingren’s (world’s most translated author… Does Pippi Longstocking ring a bell?) “Rasmus pa Luffen” which is about a kid who runs away from an orphanage and meets up with a long term homeless person who travels from place to place (aka tramp). The movie is set in the 1910s so times were a little different back then. 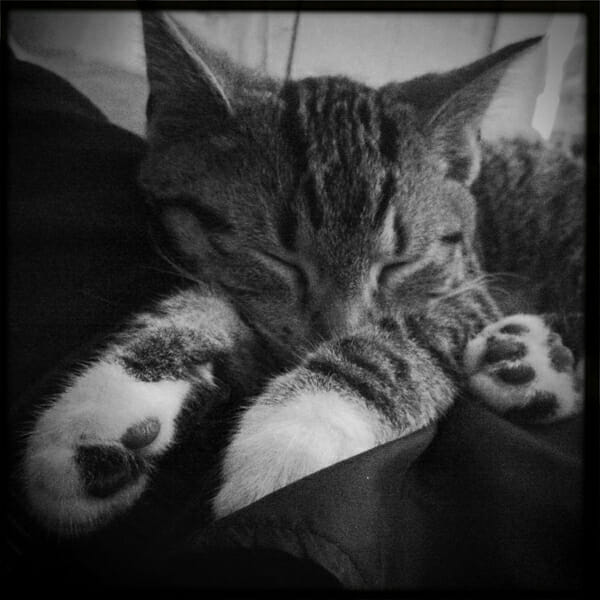 Weighing 4.6 lbs (2 kg), he is 20 weeks old and just adorable. He’s recovering from some stomach and respiratory issues that he received in the shelter (which also added to my hate of the litter box… thank god Lola uses the toilet!). With a few days left on antibiotics and some other stuff, he’s getting his energy back… And boy does he has energy. yikes! His newest thing is to randomly bolt across the room and run in circles until attacking an unsuspecting toy, chair, book, remote or the corner of a dresser. 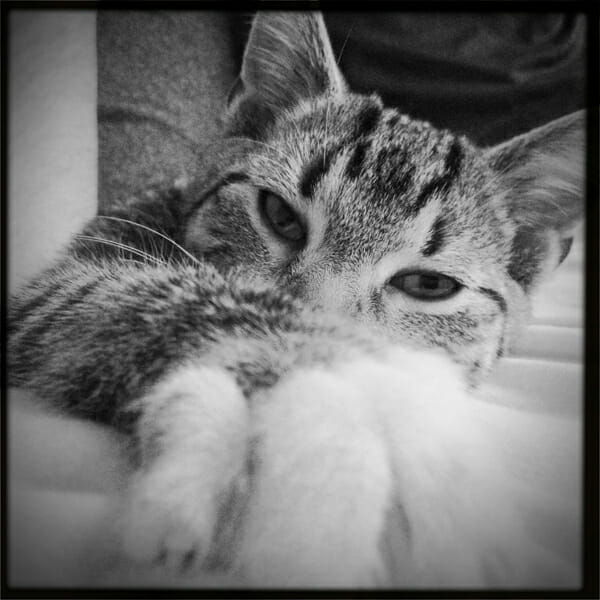 Rasmus is currently being housed in my Studio so Lola can adjust to him. Though, I think she’s just waiting for him to go back to where he came from… Hissing and growling is a daily event from a usually very quiet cat. We’re hoping Lola and Rasmus will soon become bff’s but until then, I think we’re in for an adventure as Rasmus has a mind of his own – just like the character in the movie! How fitting. He looks much bigger in these fantastic photos than what he really is. I think he can just fit in my husband’s hand!