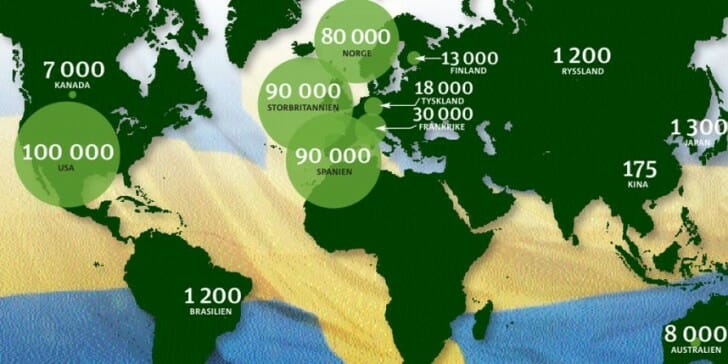 There are so many Swedes living outside of the boarders, 550 000 to be exact – a pretty large number when there are only 9 million in total. I’m one of them, and my family and friends make up a few more.

The Swedish election is approaching and as a Swede abroad you have a right to still vote (clearly), but I’ve felt a little guilty about using my vote for a country I no longer live in. My husband thinks I’m crazy since I absolutely have an interest in the country and will always be Swedish. And I try to stay on top of things happening in the Motherland, however, I felt a renewed commitment after the results of the recent EU elections trickled in – only 48 percent of the Swedes voted! On par with the rest of Europe. And a common theme for many of the parties voted in were anti-religion, anti-immigration and even neo-Nazis (check out Greece’s Golden Dawn’s insane flag).

Who is crazy now? 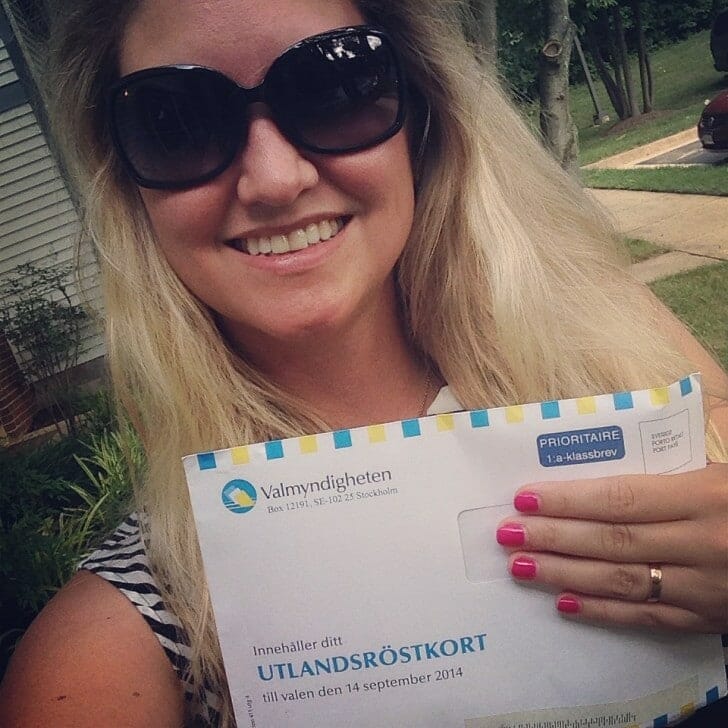 Time for a change! I’m holding my voting card in the photo above and I can’t wait to send it off. I started the facebook event “Utlandssvenskar: Röstning i Riksdagsvalet” just to help us all ‘Swedes Abroad’ remember to mail in our votes EARLY so all votes get counted. This is where I personally fell short during the EU Elections (yup – i was one of the 52 percent who didn’t vote…).

It’s important to let our voices to be heard, in a democratic way, and take a stance against racism and no better place to start than in the Motherland.