Congrats to the Netherlands 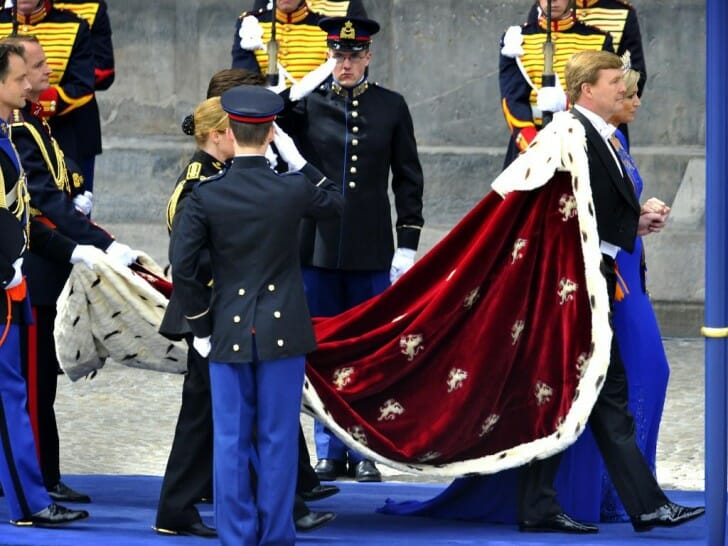 The Netherlands has a new King as Queen Beatrix abdicated the thrown today and handed it over “to a new generation”. This is of tradition in this country so no worries that Queen B, now Princess Beatrix is going anywhere. 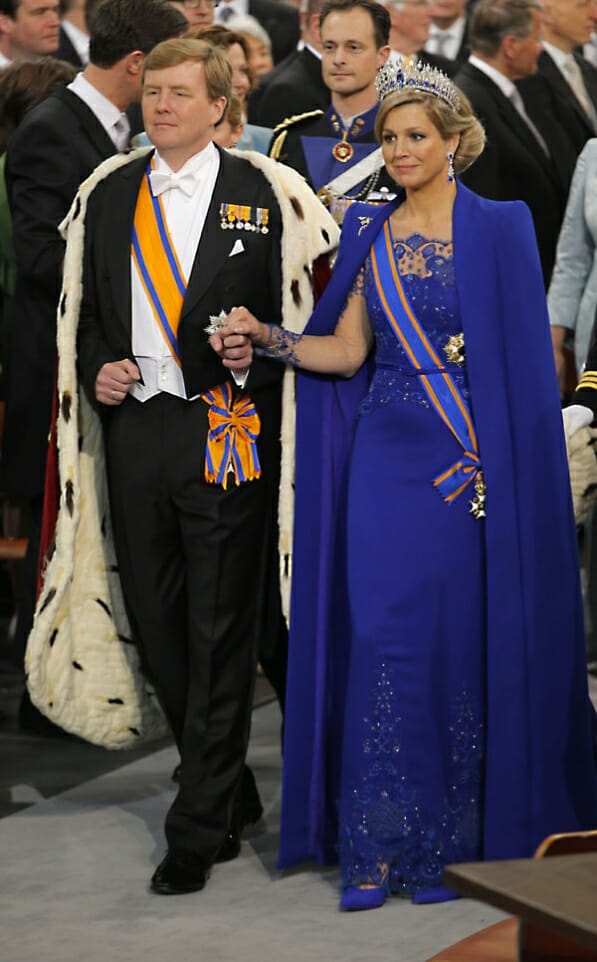 Queen B abdicated during a quick ceremony this morning and then later in the afternoon, the more formal inauguration ceremony of King Willem-Alexander took place. What a regal king! New Queen Maxima looked equally as regal and looked stunning in a royal blue (a nod to the Dutch flag) dress and cape. And oh my, did she ever deliver with the jewels. Maxima has played, deservingly so, a lot with the royal jewelry over the 10+ years since she wed but never has she worn the Mellerio Sapphire Tiara. There are a lot of rules with tiaras, and some big guns are reserved for Queens only, or Queens in waiting. So happy she kicked of her reign with a stunner. 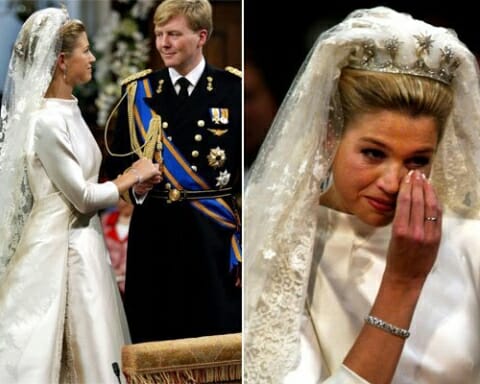 Born in Argentina, Willem-Alexander and Maxima were married on February 2, 2002 in an emotional and joyful ceremony where the cheers from the crowds could be heard into the church. The road to marriage wasn’t easy though as the news of their relationship and engagement caused contraversy in the Netherlands due to her father’s involvement in the regime of Argentine President Jorge Rafael Videla. He was cleared but Maxima’s parents did not attend the wedding, or this inauguration due to the contraversay. Maxima has said as a daughter it breaks her heart that her parents are not allowed to attend but that she respects the decision of the government. 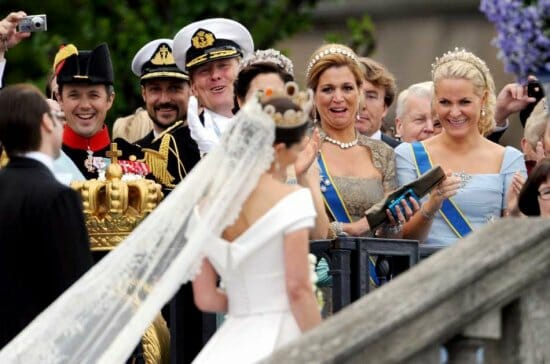