My brother-in-law gave me a print of a bird he had picked up at an antique store in Paris for Christmas. It’s an originally hand-colored copper plate engraving from the Comte de Buffon’s work “Histoire Naturelle des Oiseauz”, published in Paris from 1771 to 1786. This work was the most famous and comprehensive ornithological work of the 18th century, for which Francois Nicolas Martinet, the foremost bird artist of his day, provided all the bird illustrations. Pretty neat gift!

What a neat gift, don’t you think? Especially since I really enjoy painting birds, which is why he had it in mind for me I’m sure. To make sure the 240-some year old print was preserved properly, I took it to my framer, Farm Girl Framer, to pick out a framing that highlighted the print in a delightful way – I picked a more french shabby chic style as I’m not a very traditional type.

And here it is! Hanging in the upstairs hallway next to my bathroom. 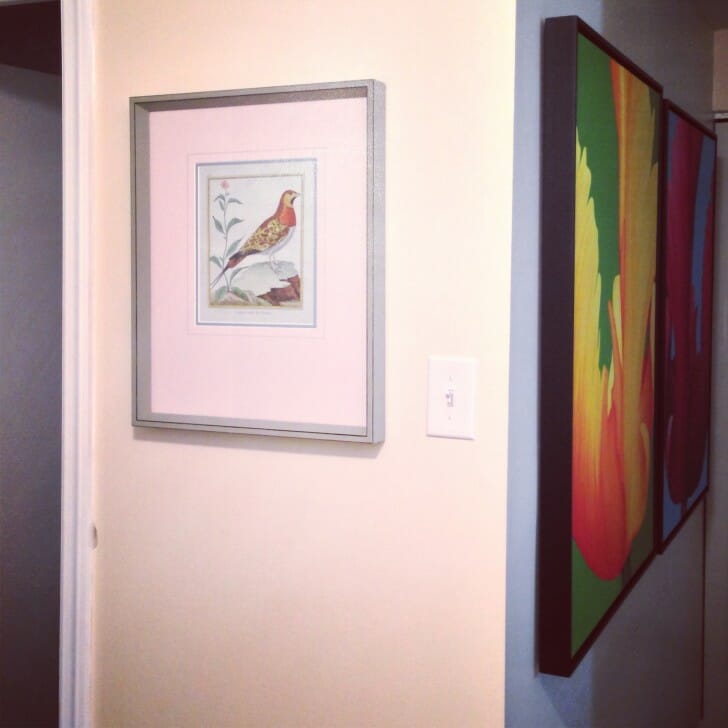 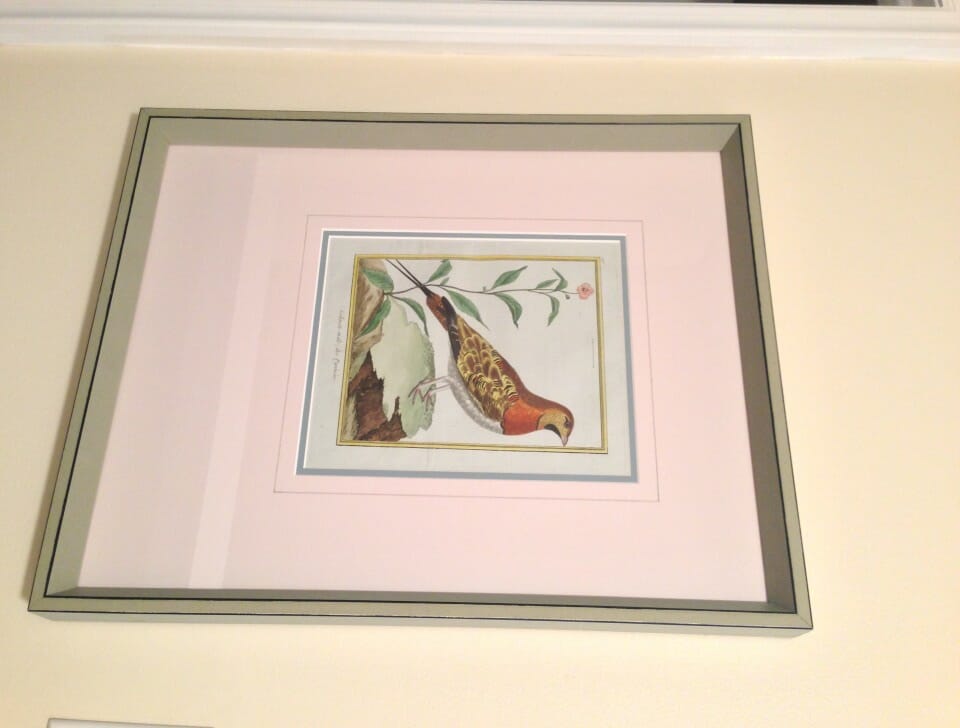 The colors are more true in the first of the three photos.

We went with the shabby chic frame, which I liked the sample better than the actual frame. Oh well. A double matting with a blue inner matting and then a pencil line around it, which I really think connects it well together. As you probably notice, there’s more space on the matting below than above which is just another fun way to highlight a smaller print.  I could have framed this a million different ways but I think this really works well in our home.