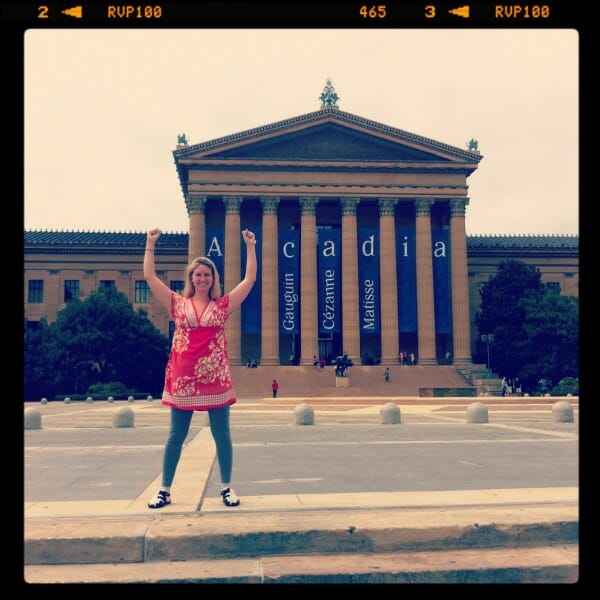 {I just had to pretend I was Ricky Balboa}

Casey and I headed up to Philly recently to watch Wilco play and spent the day walking the Philadelphia Museum of Art. 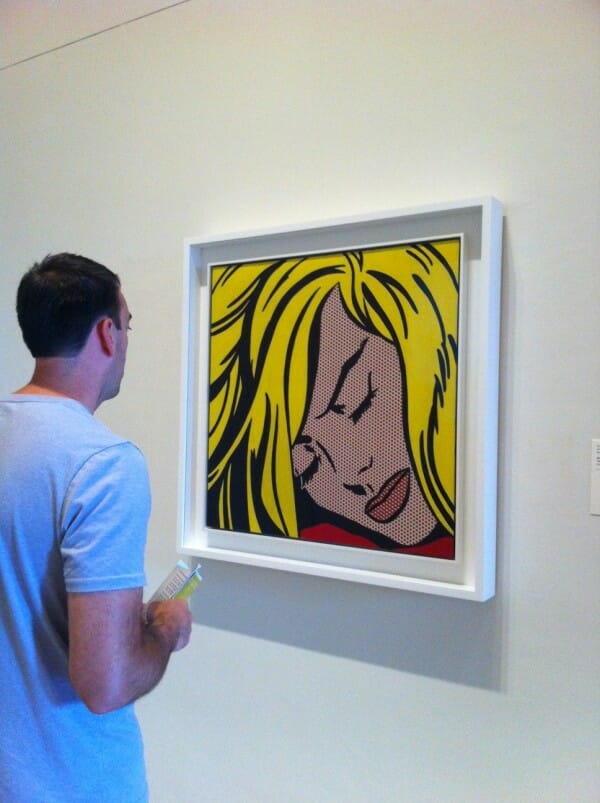 The Museum covers all the standard periods, including contemporary and pop. This is one of my favorite pieces. 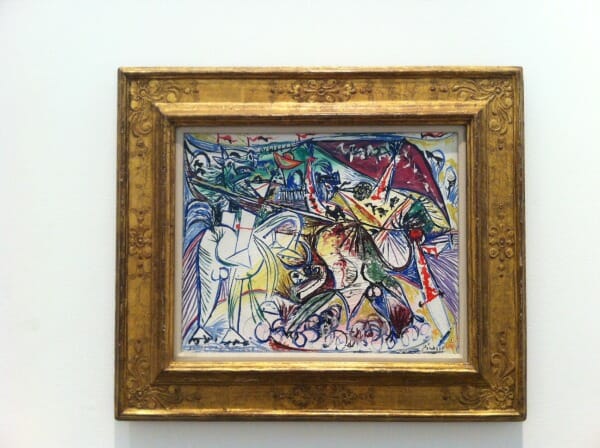 I normally don’t fall for Picasso’s paintings. They don’t move me and I guess that’s what I look for when I view art. This one though, isn’t typical of his style and for some reason it made sense to me. Don’t ask me why cause clearly it is a complicated piece. 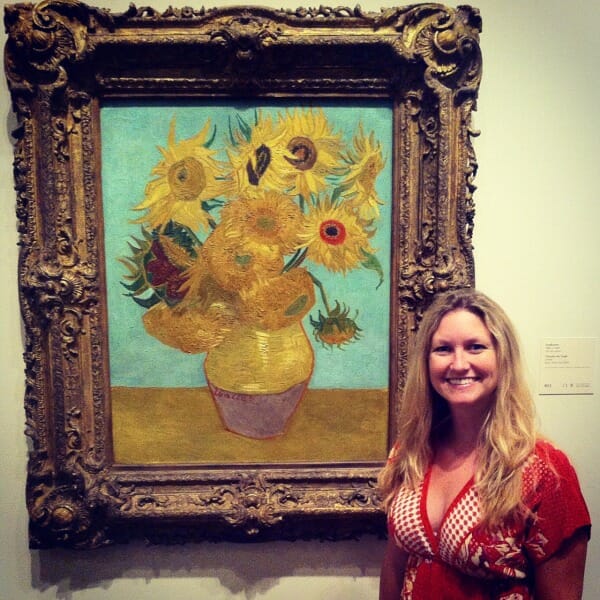 I think it’s pretty awesome to get to see the famous paintings in person. When we see this piece on a postcard or in art history books, so much vivacity and intensity is missing. That’s why it’s so cool to see art in person if you get a chance. Just take the thickness of the paint for example. It’s just amazing to see Van Gogh‘s brush strokes in the paint and some peaks as high up as half an inch away from the canvas. He painted several pieces depicting sunflowers in vases and the majority were created in France during 1888-1889. 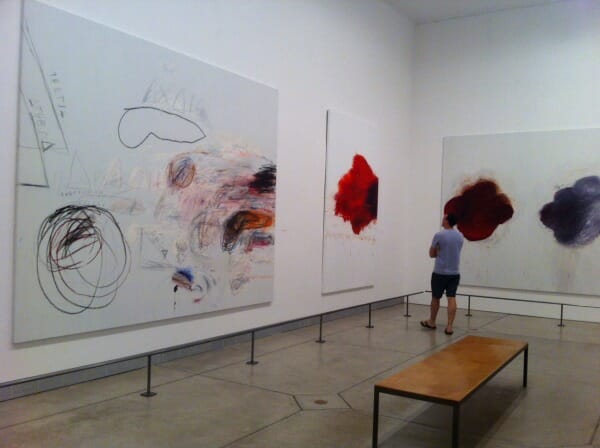 This, I didn’t understand at all.  Apparently it’s something fantastic by the American painter Cy Twombly, where he is depicting Homer’s Iliad with his Fifty Days of Iliam. Does it make more sense to you now? I thought so. 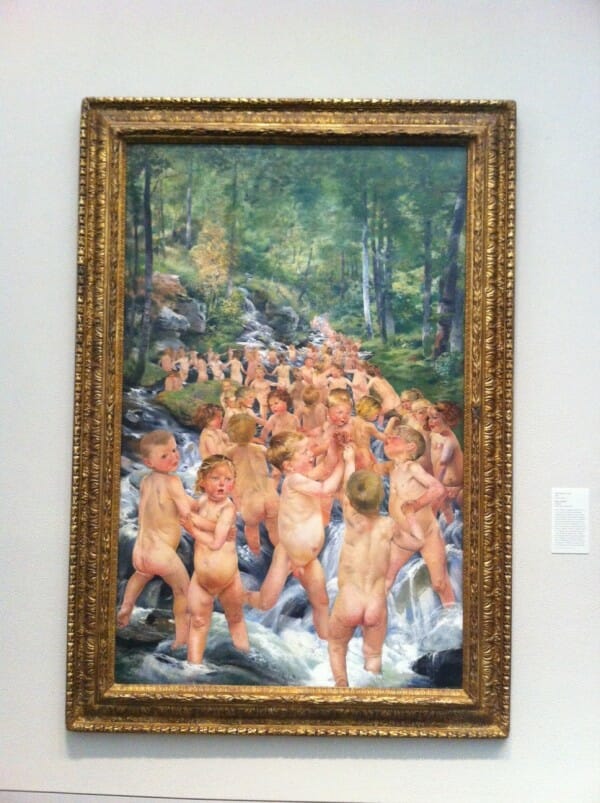 And this piece scared me. A lot. 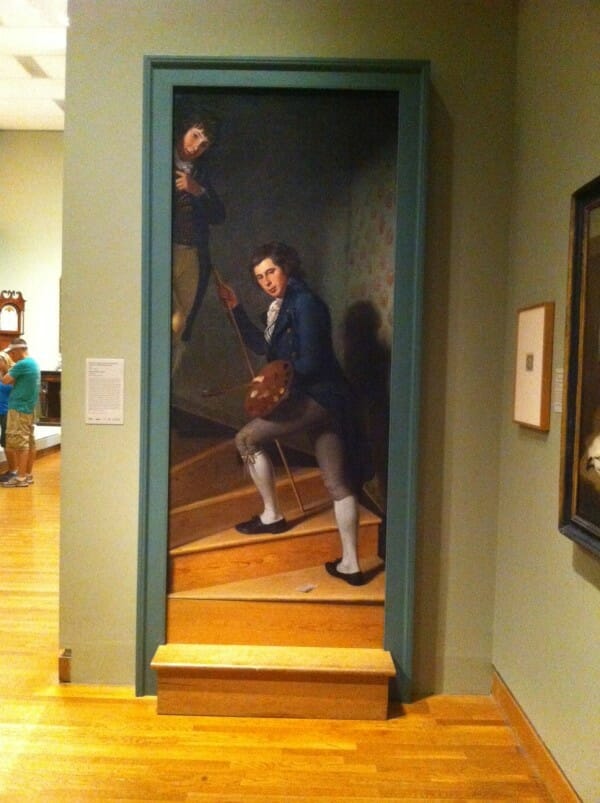 But I thought this one was really cool, and to think it was painted in 1795 is just insane. This piece is called “Staircase Group” and was painted by Charles Willson Peale. He was one of Philadelphia’s preeminent artists and this painting shows two of his sons on an enclosed spiral staircase. My horrible iPhone photo doesn’t show the amazing details of this painting. And the life-size boys could easily be mistaken for being real if it wasn’t for their outfits.