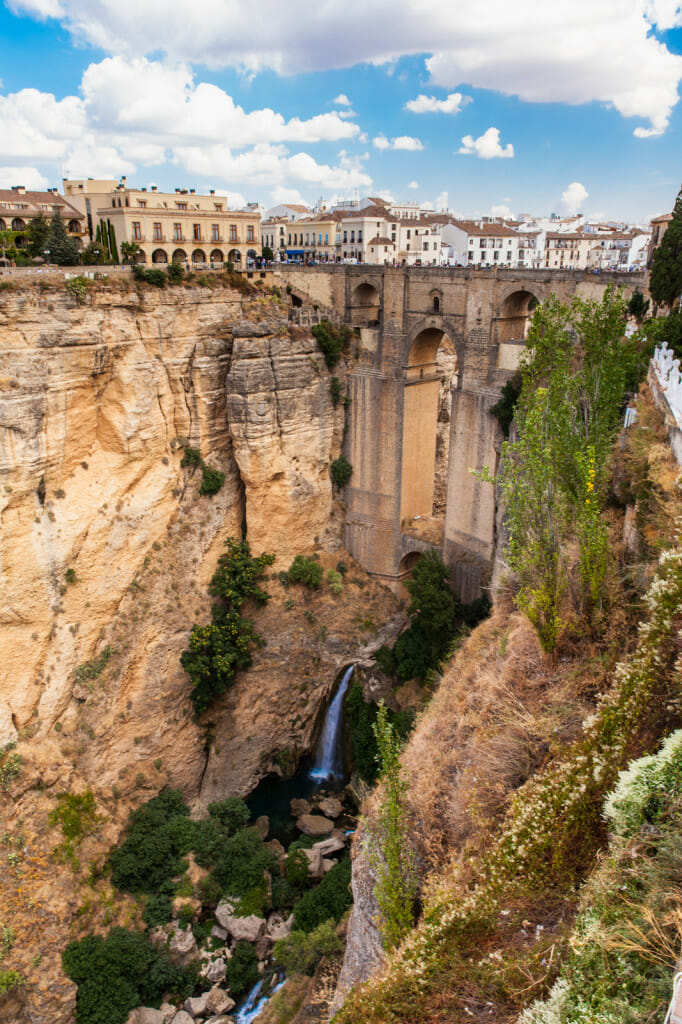 We’ll continue with the part 2 of our visit to Spain (see part 1 here).  Instead of exploring, which I would normally do on a trip to Europe, we took the opportunity to relax as much as possible and followed a kid-friendly schedule. It’s not often I take a holiday from both my day-job and my studio so this was a treat for me, and I noticed how much my body just needed to take it easy.

The only excursion, and a carefully chosen one, went to Ronda, about 65 miles north west of Malaga. It’s a bit of a climb and a roller coaster ride up and down mountains.  There are great views along the drive, which you’ll enjoy unless you’re  4-year old Nils and get car sick. Poor thing. 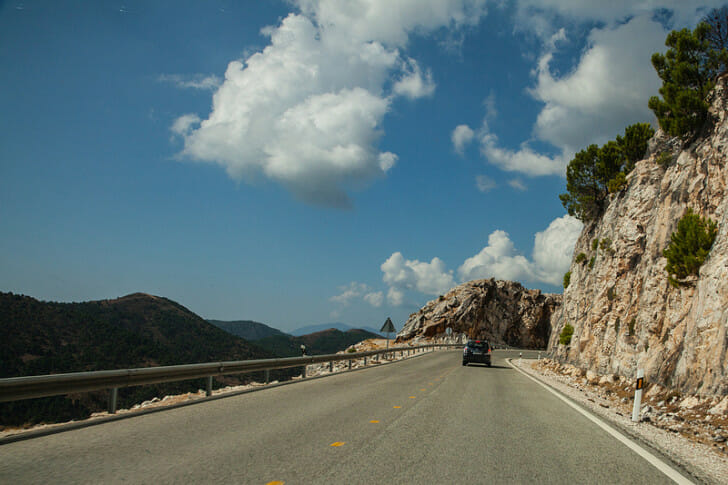 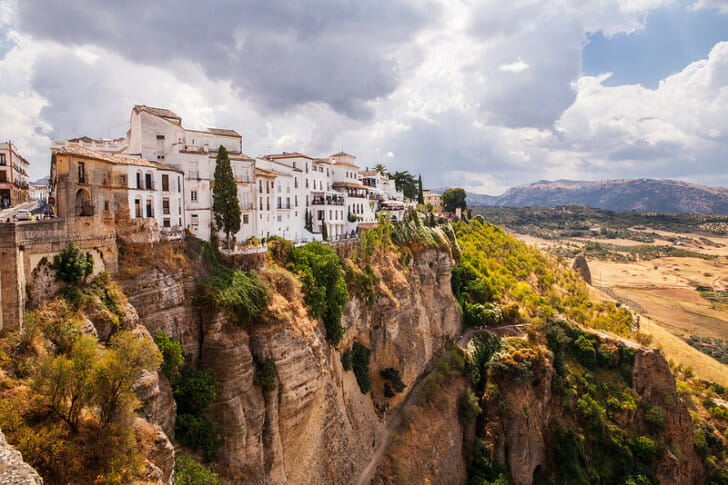 We kicked off our day in Ronda with lunch on the edge of this cliff on one of the terraces in the middle of that row of houses in the above photo. The first photo in this post is the view from our table and this photo was taken when standing on the bridge. What a marvelous view.

The town has three bridges and this is called the “New Bridge” and was built in 1751, which is quite new since the first settlers came in the 6th century. The city has a very interesting history which includes the Spanish Inquisition and the Napoleon war. 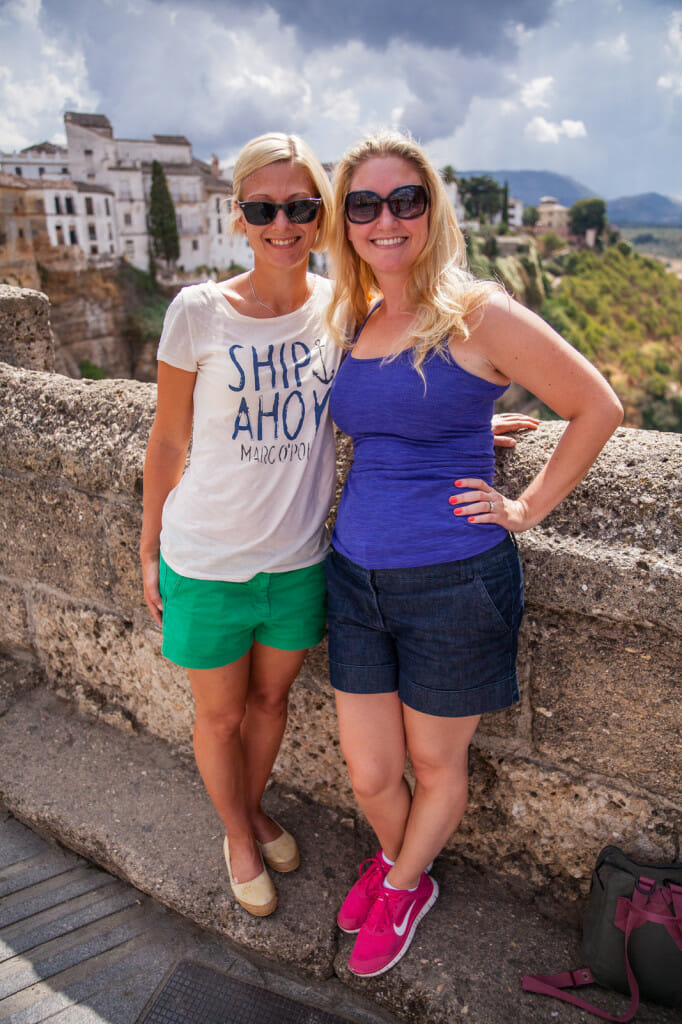 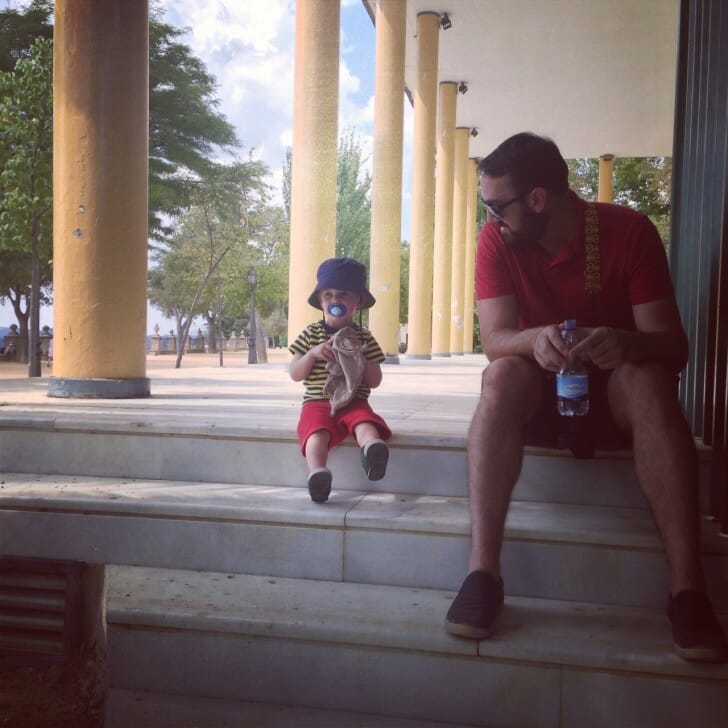 Otto and Casey taking a break in the shade.

September was a good month to go to Spain. The weather was almost the same as in Washington DC at the time, sunny and around 80 degrees.

While walking on this street, we kept seeing photographs of Ernest Hemingway. It turns out that he spent many summers in Ronda where he wrote about Ronda’s beauty and famous bull-fighting traditions. Ronda is the home to the oldest bullfighting ring in Spain. It was built in 1784, and no matter what your believes are regarding bullfighting there’s a beautiful tradition when it comes to the matador’s and their costumes (or “suit of lights” as they directly translates to). You may remember the ring from Madonna’s Take A Bow music video.

I had picked up the book “The Paris Wife” for our trip not really knowing what it was about. Turns out the wife is Ernest Hemingway’s wife and she describes their life together in France and Spain. Pretty cool to be walking on the same streets he walked on in real life and as described in the book and ordering my many “cafe con leche” like he did in the book. Pretty fascinating. It’s a wonderful book. 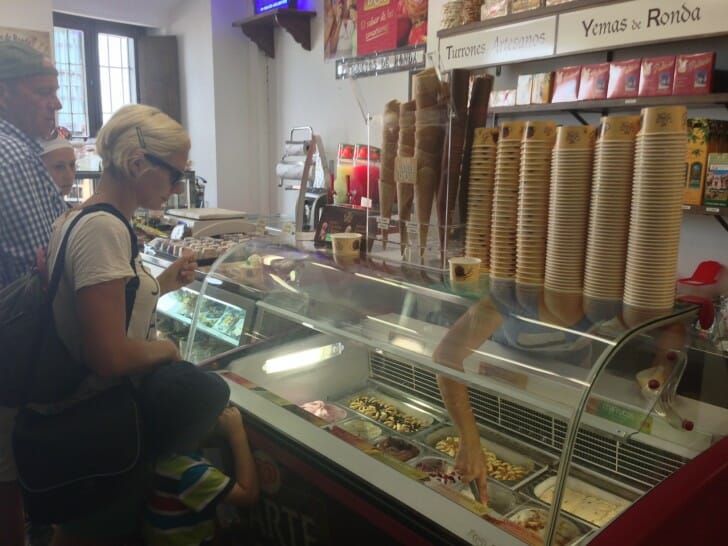 Another ice cream for Nils before we headed back home, and some treats for me. Once we got home, we were met with another stunning sunset as we grilled on the patio. 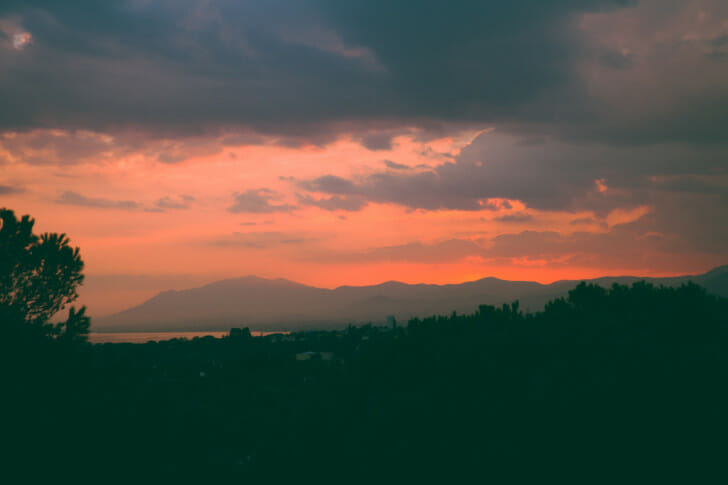 Being surrounded by nature and seeing the Sierra Blanca mountains and the Mediterranean Sea every morning and evening was so healing. And while I didn’t grow up near any of this, and only visited Spain once during my youth in Sweden, being in Europe, with its vast history and beautiful views, always fills me up on those much needed creative juices.